I took six weeks of vacation this year, mainly because I got a job (Like a real adult job!) and it will be my last chance in a while. When you are away for such a long time, it feels a bit like living there, and you stop doing touristy things and start lazying around like a super useless entity with absolutely no purpose. Oh, comfort.

Anyway, being in Spain for six weeks also makes time for some cool/funny/educative experiences. These are the ones I currently remember.

#1
I’m really so grateful and blessed for having six different people visiting us during these six weeks, but being three people with three languages in common is confusing as hell. Man, have we said some weird stuff. My husband’s best quote still stands strong; Sí, but egentlig no. (Yes, but actually no. Four words, three languages, and it’s not clear which one the last word belonged to.)

#2
I got the final confirmation that people always assume that a group of friends hanging out consists of people from the same country. Being in groups consisting of people from Norway, Spain, Venezuela, and Morocco makes people ask the question Where are you from? with a big parenthesis containing THE HELL between the two first words of the sentence.

#3
A really inconvenient strike among Madrid taxi drivers hit the city in July. I was pretty pissed about having to walk for an hour at three in the morning after having consumed an amount of wine that will remain undefined, but on the bright side, I finally discovered the beauty of Über. The good people of Spain reacted as they always do: they laughed their asses off and made fun of the situation. This was the result:

(The refrain goes No hay taxis, meaning that there are no taxis)

#4
Despite the fact that the summer has been colder than I have ever experienced in my eight years of going to Madrid, the papers have been bombarded with articles of a heatwave that we basically never felt. A few years ago we had forty degrees four weeks in a row and no one made a fuzz. I am still confused.

#5
Leaving my cats with an over-enthusiastic cat sitter with an evil plan to spoil my cats so much that they don’t love me anymore when I get back. Didn’t see that coming.

#6
My ten-year-old nephew asked me if I wanted to hear his best insult (and of course I did), before proceeding to tell me that a good way to commit suicide would be to jump from my husband’s ego and down to my intelligence. Ouch!

#7
Mentally preparing myself to change my sleeping habits, going to bed at eleven, and getting up at seven-thirty. My friends and family have no faith in me regarding this, but I will show them! Being a student has also taught me to hunt cheap shops for cool clothes, and I managed to make it fun by pretending to be on a treasure hunt. That does not mean I am sad about finally getting a salary. 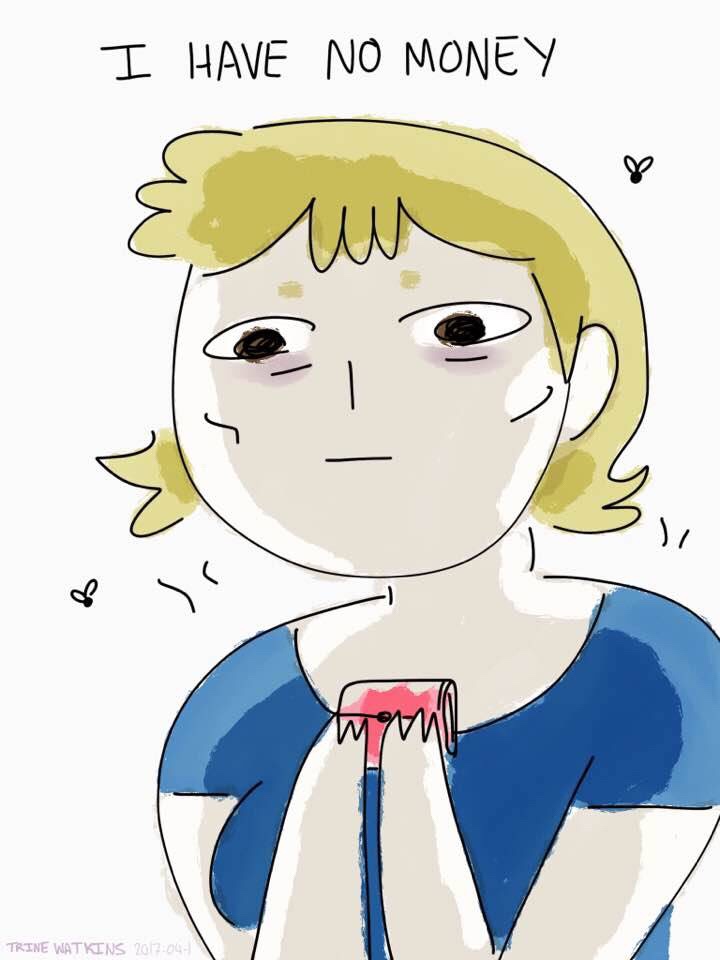 #8
My husband finally got over being burnt by a jellyfish in the forehead three years ago and started swimming again. It was actually kind of dangerous, but I laughed so much when he arrived with a huge, swollen, red circle on his face. So did the Red Cross woman.

#9
Discovering the amazing comics by Francisco Ibáñez; Mortadelo and Filemon. I started reading it as a way to learn new vocabulary, but I ended up laughing way more than I should have.

#10
Seeing my cousin after eleven years. It felt so good to see the one person that connects me to my aunt who passed away in 2007. She also took very good care of my cats for a few days, which always means plus points in my book. Last week I received my favorite perfume, sent all the way from Elba in Italy, – the only place they sell it. Thank you so much! (If I put emojis in my posts I would have put a cat with heart eyes here.)

#11
I went through all of fucking Benidorm to get a long wanted yogurt ice cream and ended up getting food poisoned(?), throwing the whole thing back up with the force of a machine gun. I didn’t eat ice cream for two weeks. In July. But it passed!