Most of the non-Spanish people I encounter reveal a common prejudice; that Latin men are oppressive chauvinists, and that we, the wives of these men, suffer under their regime.

I don’t claim to know every single Spanish man, nor do I claim to know Latin Americans well enough to include them in this post. But I do know Spain, and Spain is the country I will be addressing here.

My general impression is that the machismo was stronger in Spain a couple of generations ago. I have traveled a lot to Italy in my life, and also a few times to France. There I have quite recently experienced catcalling in its ugliest form, a whole bunch of times. To compare, in 2017 I spent a total of three months in Spain, and I have been going there about four times a year since 2010, sometimes five weeks at a time. Every time I am there, I go walking by myself (because shopping happens). I have been catcalled once, by a guy I seriously think was mentally disabled.

The minimum sentence for rape in Norway is three years, after having recently been raised from two. Some argue that this change has resulted in fewer convictions, because judges are hesitant to give “such a long” sentence, and hence choose to let the accused go instead. In Spain, there has been at least one case of a catcaller being arrested for his actions. In Norway, the police cannot do anything as long as there has not been physical touching or verbal threats.

When it comes to the protection of women, I believe that Norway is actually behind Spain. Still we like to cling to the idea of the Macho Iberico, and that the Norwegian society is much safer for women regarding sexual violence.

These are the degrees of sexual violence and how they are punished in Spain.

Basic sexual aggression: The attempt to commit any sexual act (not necessarily penetration) using physical or mental force. Punishable with prison from one to five years.

Enhanced basic sexual aggression can be applied and punished with prison from five to ten years, under the following circumstances:

• When there are two or more perpetrators

• When the victim is especially vulnerable due to factors like age, disability or illness

• When the perpetrator is the parent, child or sibling of the victim

• When there is use of weapons or other dangerous items

Basic sexual abuse: Non-consensual sexual contact, but without the victim realizing. This would for instance include a situation where the perpetrator touches a sleeping or passed out victim in inappropriate places. Punishable with prison from one to three years. If the perpetrator is a parent of the victim, the punishment will always go to the maximum.

These punishments are applied when the victim is a minor or for some reason disabled.

Basic exhibitionism: Punishable with prison from six months to one year.

Distribution of pornographic material: Punishable with prison from six months to one year.

In Norwegian law, rape is defined as the following:

The following shows the differences in percentage regarding partner violence. As one can read from the figures, the number is higher in Norway than in Spain. Regarding women’s own perception of societal safety, Spain is only one point below Norway, which can be considered marginal. 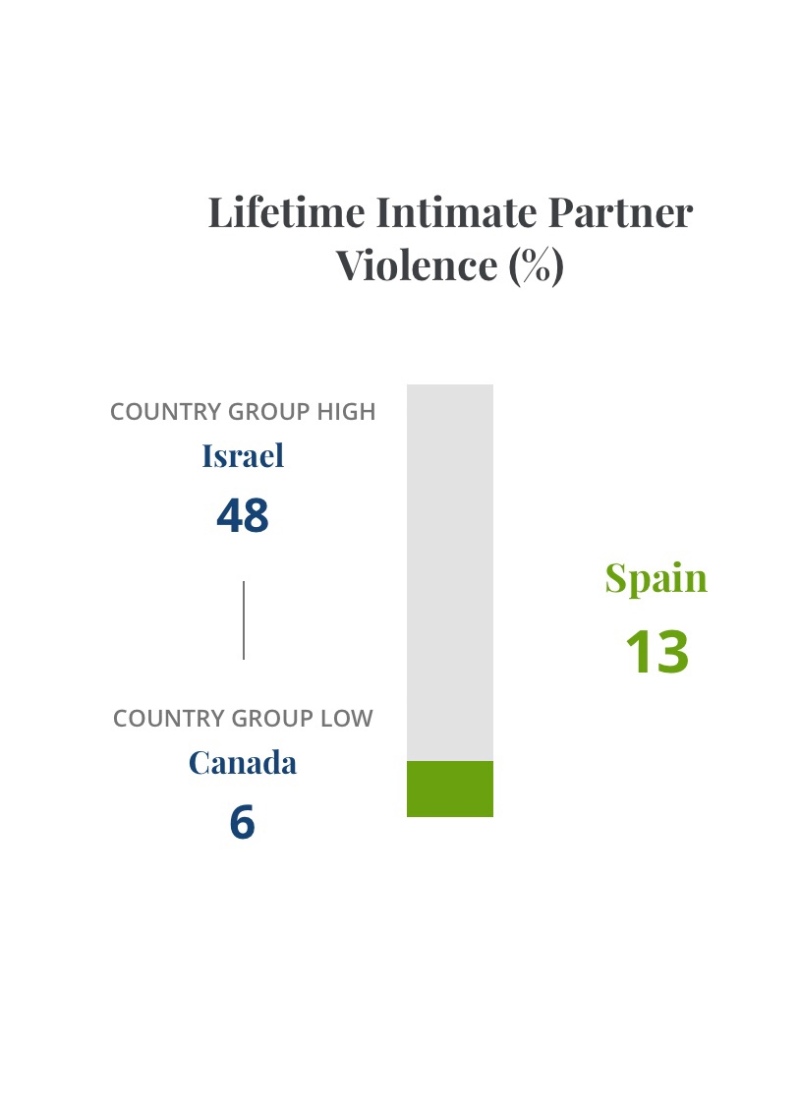 It is also worth mentioning that in 2011 the average sentence for rape in Norway was three years and four months of prison, although seventy percent are out after having served about two thirds of their time. It is easy to calculate that most of the sexual offenders sentenced to prison in Norway will serve about two years.

Also, check out this map regarding women’s physical safety, and compare Spain to Norway. Underneath you can see the five best countries in the world to be born female, regarding career and welfare. Spain is the only country of significant size on the list and is only marginally worse than the others. 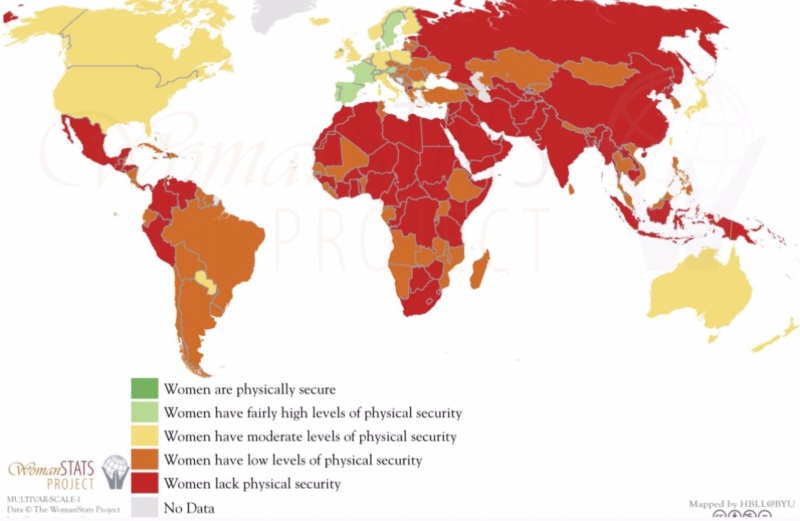 The last table is based on numbers from Statistics Norway and Instituto Nacional de Estadística. The table shows how many years sexual offenders are sentenced to in percentage. As one can read, there is a much higher percentage of long jail time sentences in Spain than in Norway.

I will be the first to admit that I am no lawyer, but the information is out there and it is not difficult to read. I am writing this post because I am tired of people thinking that Spain is such a difficult country to be a woman. I am also confused by the fact that Spanish women tend to look towards Scandinavia when they describe how they would like Spain to be, when Spain actually protects its women to a higher degree than what we do in Norway. Women everywhere are fighting for an increased level of equality, but we should be aware of the numbers, – there is no reason for Spain to idealize us.

And by the way, my husband cooks me dinner every day!